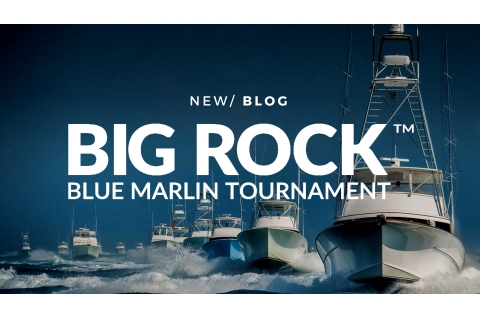 You can find us this weekend at the biggest fishing tournament on the East Coast on our 60 foot Hatteras! The Big Rock Blue Marlin Tournament is a premier sport fishing tournament that happens annually in North Carolina coastal city, Morehead City! The idea behind the fishing tournament is to have a fun sense of competition, bonding, community, and adventure. Most of the winners get a very lucrative prize purse but that is not always what it’s about. The tournament donates a majority of the proceeds earned to cancer research and other local causes in the community.

Saturday Morning “OTH” released 1 Blue Marlin roughly 300 pounds. We were 1 for 4 in total and placed 63rd for Billfish Release Category! Watch the video below!

The Big Rock Tournament has been around since 1957 and got its name from where the Gulf Stream crosses the continental shelf that stretches north along the NC coastline. The ‘Big Rock,’ continental shelf is not a rock at all, but rather has a series of ledges and peaks that stretches over an area of about 8-10 miles long by 1 mile width. The ‘Big Rock,’ is home to many small fish that feed on the bottom of the reef. These smaller reef fish attract bigger fish that Blue Marlin fish like to eat. Fisherman have been going to the Big Rock ever since the first blue marlin was caught.

September 14, 1957 marked the first day a blue marlin was caught in the tournament. Jimmy Croy, a Raleigh angler caught it weighing in at 143 pounds with the help of his captain Bill Olsen! This historical event would forever change fishing on the North Carolina coast. The Big Rock has become the “Super Bowl” of fishing because of the way the winners feel after the tournament. In 1974, the purse prize was $800, ten years later it reached $70,000. For the last 16 years, the competition has exceeded one million dollars and continues to grow with increased interest in participation and sponsorship. 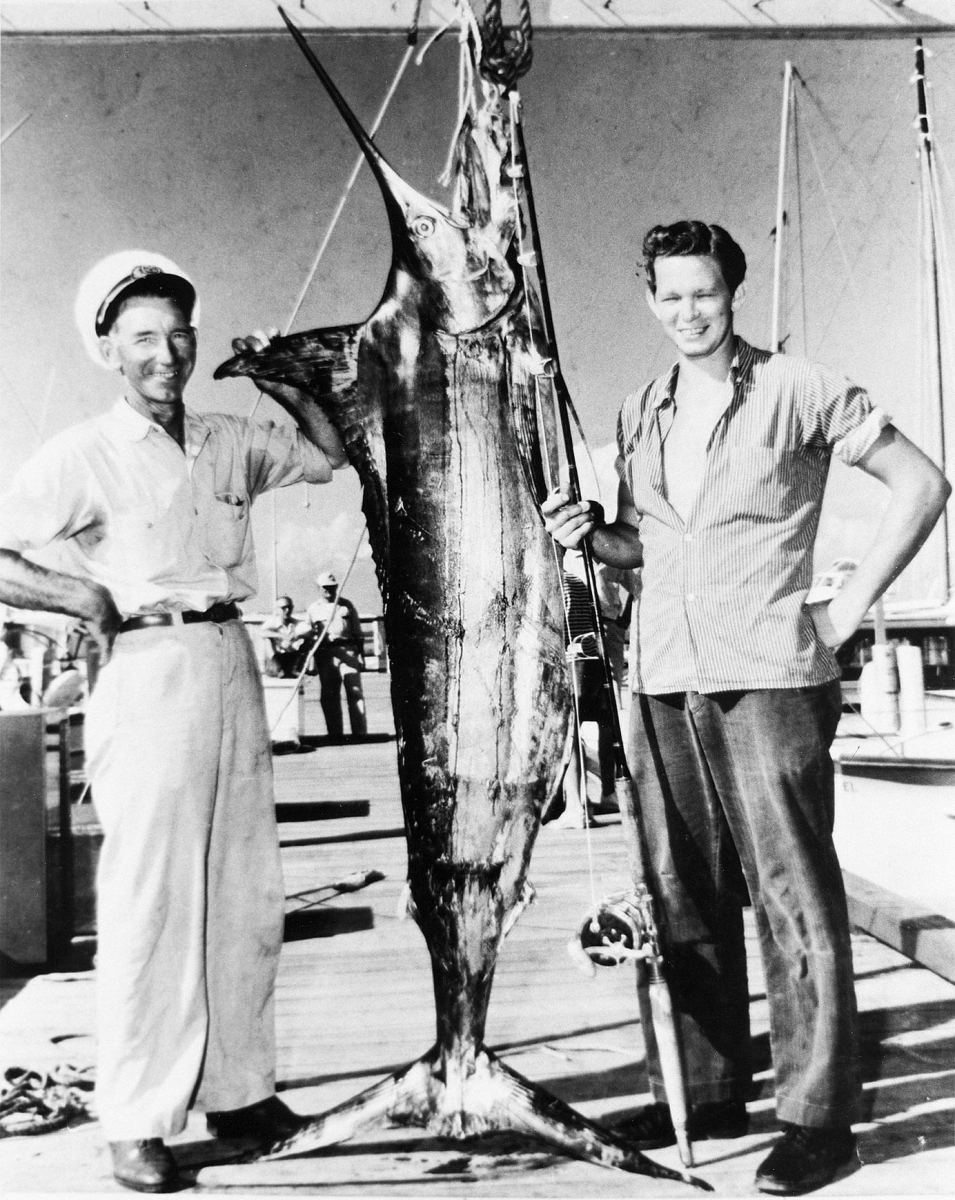 This years Big Rock Tournament event starts on Friday, June 7th starting off with the Best Dressed Contest and the Captains meeting. Saturday June 8th from 8am – 2pm the Lady Angler Tournament will be taking place. Make sure you keep an eye out for our Off the Hook Yacht Sales ladies on our 60 foot Hatteras. That evening the Captain’s Party will be taking place at the Civic Center from 7pm-11pm. This is an event you do not want to miss!! Monday, June 10th, begins six days of fishing. Saturday, June 15th, concludes the tournament. The awards cocktail party, dinner, and auction will be from 7pm – 10pm at the Crystal Coast Civic Center.

To enter the tournament you must register and pay the entry fee. After registering, the ticket includes a full week of good food and different events. You can register for the tournament here! We can’t wait to fish the tournament this weekend and hope we see you there!

The KWLA is a one-day billfish release tournament that is named after Keli Wagner who lost her battle to cancer in 2008. The KWLA donates some of its proceeds every year to cancer clinics in the US to help improve patient care.

Last weekend, five lady anglers and myself set sail for the KWLA in Morehead City, NC. We left Morehead City Yacht Basin Docks around 5:45am and headed towards the Big Rock at 30 knots. Two hours later, we were 20 miles past the Big Rock, 60 miles offshore in the pouring rain. With a few minutes to spare we started to get our tackle ready and lines were in by 8am. Throughout the day we had many dolphin (mahi) attack our bait and one white marlin. Unfortunately, of the many fish to acknowledge us, we only caught one 10lb mahi to bring back to the Yacht Basin. Lines were brought in at 2pm. Pictures from the tournament below. 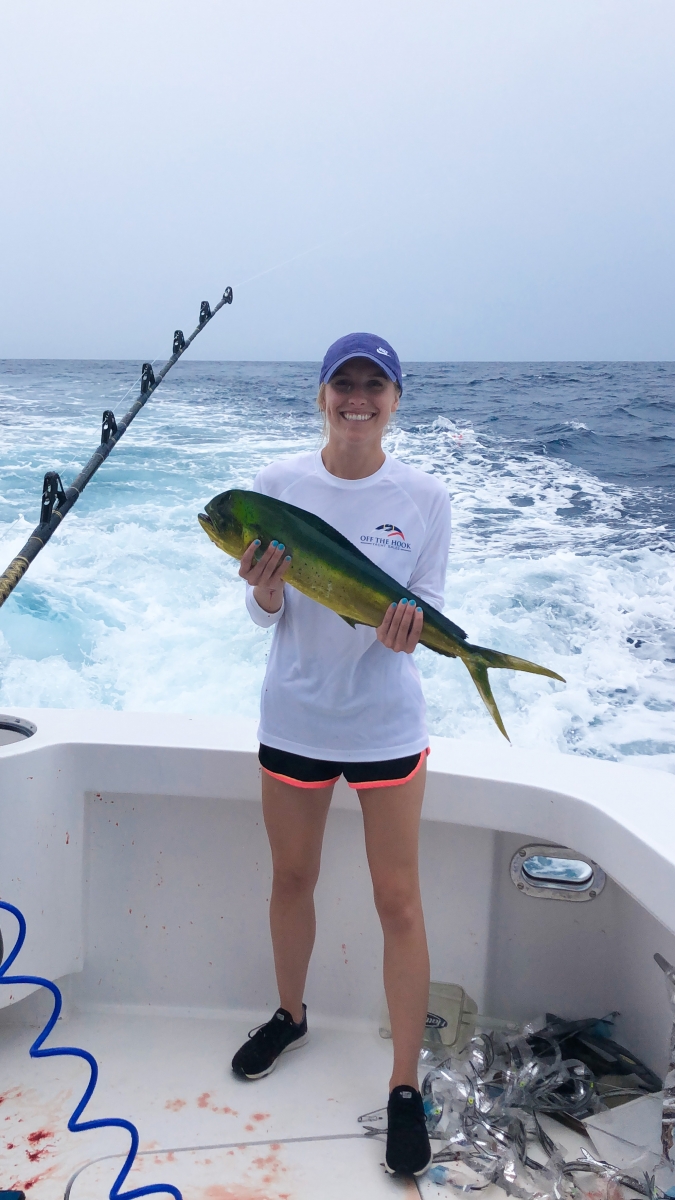