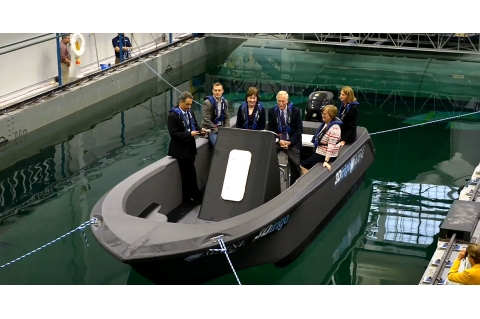 The future is here! The University of Maine Composites Center has created the world’s largest 3D object, a boat. The engineers also used the largest 3D printer to create it in only three days! The printer is now home to UMaine in hopes to revolutionize Maine’s forest product industry. In hopes of finding new uses for wood-based products. 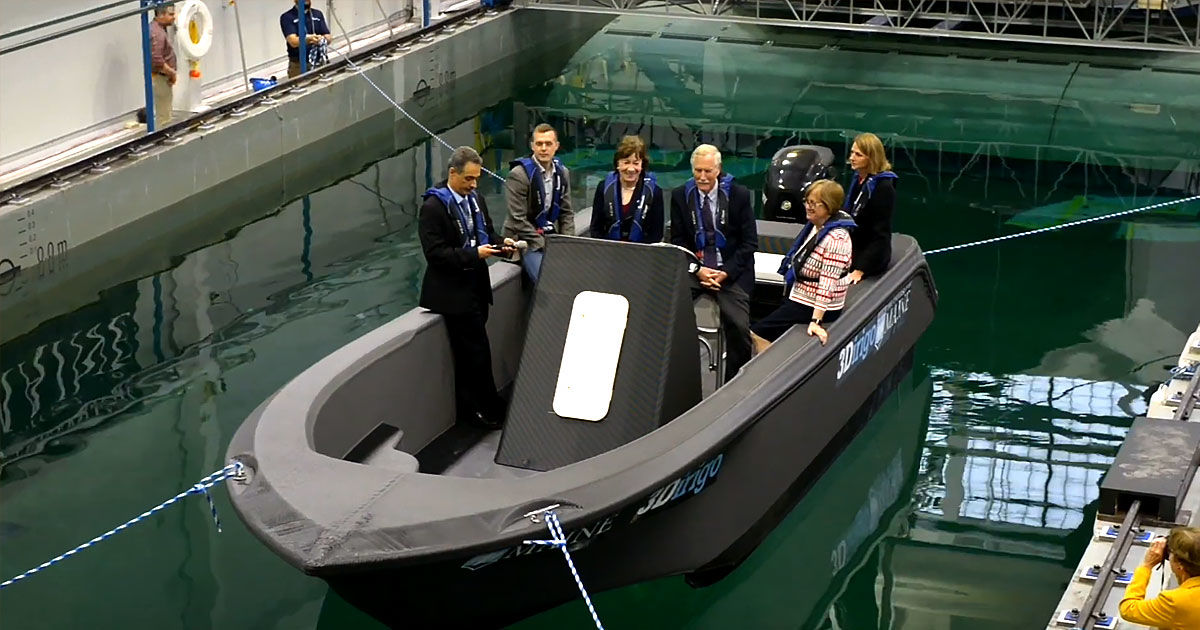 On Thursday, October 10, 2019, the world’s first 3D printed boat takes to the water, accompanied by three-quarters of Maine’s congressional delegation.

The center console boat was 25 feet long and 5,000 pounds in weight. If you built a boat of that size the “old school” way, it would take weeks or even months to complete. This 3D printer completed the task in just 70 hours! 3Dirigo is the name of the boat. The name is a play on Maine’s motto, “Dirigo,” which means “I lead.” It cost around $40,000 to make.

Ingersoll Machine Tools built the printer, which can print objects 100 feet long, 20 feet wide, and 10 feet tall. The printer can be compared to a massive hot glue gun attached to a metal arm. As the glue is fed into a glue gun, a mixture of carbon fibers and plastic is fed into the printer. The printer’s arm can be programmed to move around and print any three-dimensional object.

Although the weight and cost of this vessel are high in comparison to a typical fiberglass boat, technology will advance. Perhaps one-day boats will be able to be printed “on-site,” or regionally, rather than built in a factory far away.

Watch “3Dirgio” get made in seconds!